The colon, also known as the large intestine, is located in the lowe part of the digestive system. The colon is responsible for removing water and salt from the solid wastes in the body before it passes through the rectum and out the anus. Cancer of the colon is the second biggest cancer killer in both men and women in the United States.

Colon cancer cells grow from noncancerous or benign tumors, also known as adenomatous polyps which settle on the interior of the large intestine. Sometimes, these polyps can become malignant colon cancers if they aren’t removed during colonoscopy, a procedure which examines the condition of the intestine’s inner linings. If cancer cells damage healthy tissue surrounding the tumor, this can cause severe and life-threatening complications.

Colon cancer isn’t the same as rectal cancer although in some cases they occur together and this is known as colorectal cancer. The most common causes of cancer are age, genes, diets, lifestyle and habits. Other medical conditions have been associated with an increased risk for colon cancer: diabetes, radiation, and Crohn’s disease.

During the early stage of colon cancer it’s rare to experience any symptoms. However when the disease progresses, the symptoms include constipation or diarrhea, rectal bleeding, blood in the stool, pain during defecation, unexplained weight loss, fatigue, iron deficiency, and irritable bowel syndrome. If the cancer has spread, more symptoms can present itself where the new cancer cells have grown.

Colon cancer treatments will depend on the kind of cancer, its stage, the patients’ age and health status as well as other personal characteristics. The most common treatment options for colon cancer are surgery (colectomy), chemotherapy, and radiation.

How Can Cannabis Help? 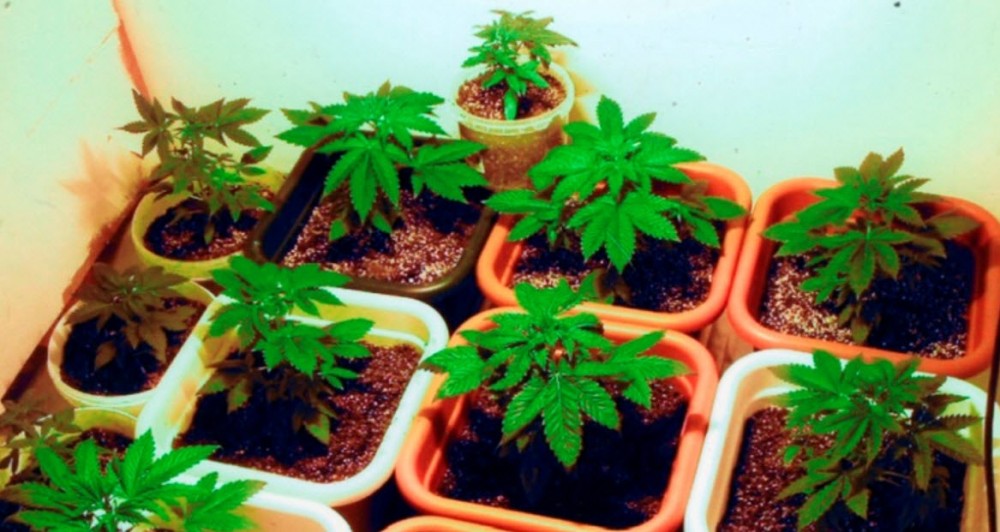 Colon cancer is one of the multitude of cancers that cannabis can help treat, as well as make chemotherapy or radiation treatments more bearable. A study published in the Journal of Molecular Medicine, conducted by researchers from the UK and Italy showed that cannabis extracts that contain high amounts of CBD may aid in the prevention of colon cancer spreading in mice. The “botanical drug substance” used that had high amounts of CBD was successful in inhibiting the growth of tumor cells without affecting healthy cells. The scientists also found that this action was enabled due to the activation of the CB1 and CB2 receptors in the cells.

The study also analyzed the effect of pure CBD on colon cancer. Based on the data collected, pure CBD was effective in activating CB1 receptors which resulted in the prevention of tumor growth. The study’s authors wrote in the report: “Although cannabidiol has been shown to kill glioma cells, to inhibit cancer cell invasion and to reduce the growth of breast carcinoma and lung metastases in rodents, its effect on colon carcinogenesis has not been evaluated to date. This is an important omission, since colon cancer affects millions of individuals in Western countries. In the present study, we have shown that cannabidiol exerts (1) protective effects in an experimental model of colon cancer and (2) antiproliferative actions in colorectal carcinoma cells.” In the scientific journal Current Drug Safety, clinical review data was published concluding that CBD is “non-toxic” for healthy cells.

Aside from helping to prevent the spread of cancer, patients with colon cancer and who are undergoing chemotherapy can also benefit from using cannabis. Patients can choose from many ways to incorporate the plant into their cancer treatment regimen. Nausea and vomiting is a common side effect of chemotherapy procedures, and can also lead to appetite loss which will deprive the patient of valuable nutrients needed to speed up their healing. Cannabis can help treat nausea and vomiting, while certain strains can also help induce appetite to help speed up the healing process for patients.

There are many anecdotal cases online of individuals who have been able to successfully treat their colon cancers in different stages using cannabis. More studies need to be conducted although this has been a huge hurdle even if CBD isn’t psychoactive because federal law states that it’s still illegal. Once there is more information on cannabis as well as the other valuable cannabinoids and their impact on colon cancer, the plant can be used to save even more lives.

Here to share his cannabis and hemp journey is Grant Jakubowski, one of Vermont Pure CBD owners, a...

Chance Dite is the Director of Education and Farmer Relations at Cultivaris Hemp, a serial...

Many people struggle with anxiety and depression that sometimes leads to suicide, and it’s...

A Father’s Story: From Suicidal to a Successful Cannabis Entrepreneur with Johnathan Henry0 Total Shares