Virtually all chemical compounds, from over-the-counter drugs and prescription pharmaceuticals to illicit substances, interact with other compounds. There are, for example, 82 identified drug interactions with caffeine (of which 25 are classified as moderately severe to severe). Even seemingly benign substances, like grapefruit, are known to interact with many prescription drugs. When it comes to cannabis, most potential interactions that have been identified are relatively mild. And, in fact, some drugs seem to work together with cannabis favorably.

But, before we dive deep on some of the most common drugs people combine with cannabis, it’s important to understand the difference between an “additive” and “synergistic” effect. Additive simply means the interaction between two chemicals equals the sum of their parts (e.g. 1+1 = 2). Synergistic means that when two chemicals interact, the effect is greater than the sum of their parts (e.g. 1+1 = 3. Sounds like “alternative math!”). Likewise, keep in mind that THC/CBD ratios and different strain profiles (with variable cannabinoid and terpene profiles) can influence effects.

Note: in some cases, cannabis may actually increase the effectiveness or potency of other drugs. But, even if the interaction is potentially beneficial, close monitoring by a medical professional, along with regular blood work, is important as a patient may need adjust their dosing accordingly. 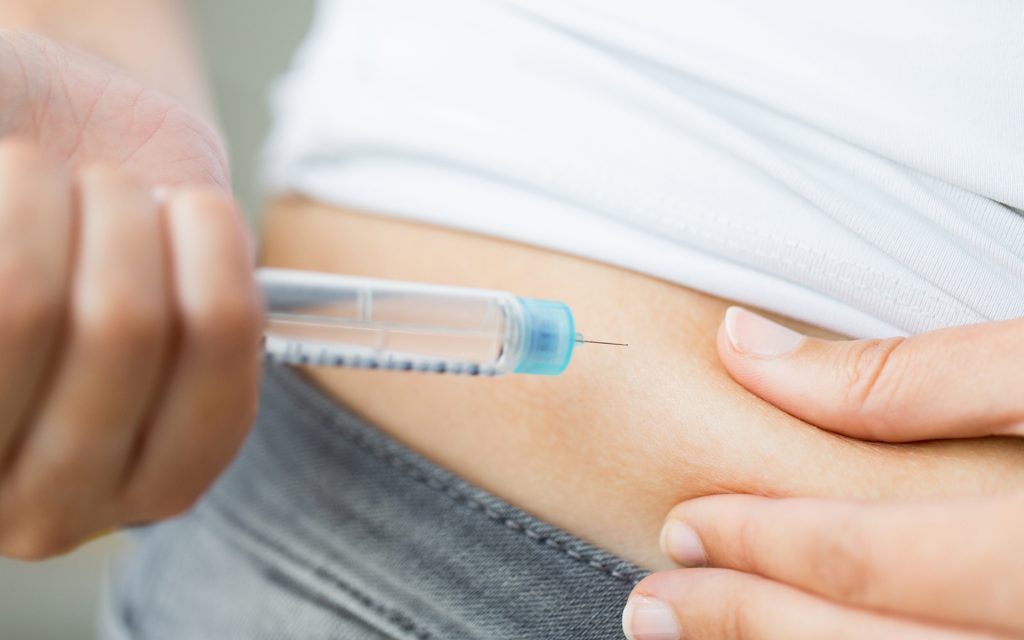 Interestingly, there is evidence to suggest cannabis may decrease insulin resistance, improve the metabolic process, and improve blood sugar control. However, most evidence comes from large epidemiological studies that analyze general patterns, including the causes and effects of various health conditions within specific populations. (Several studies found that cannabis users had lower rates of obesity and diabetes when compared to non-users.) However, far fewer studies look specifically at how THC, CBD, or other cannabinoids interact with other drugs that have known effects on blood sugar (like insulin).

Although we don’t have conclusive evidence, it’s possible cannabis may work together with other drugs favorably. But, by the same token, there could be a risk that cannabis combined with other drugs could lower glucose levels too much. Clearly, patients should continually monitor the effects (under medical supervision) to mitigate potential risks and adjust medication appropriately. 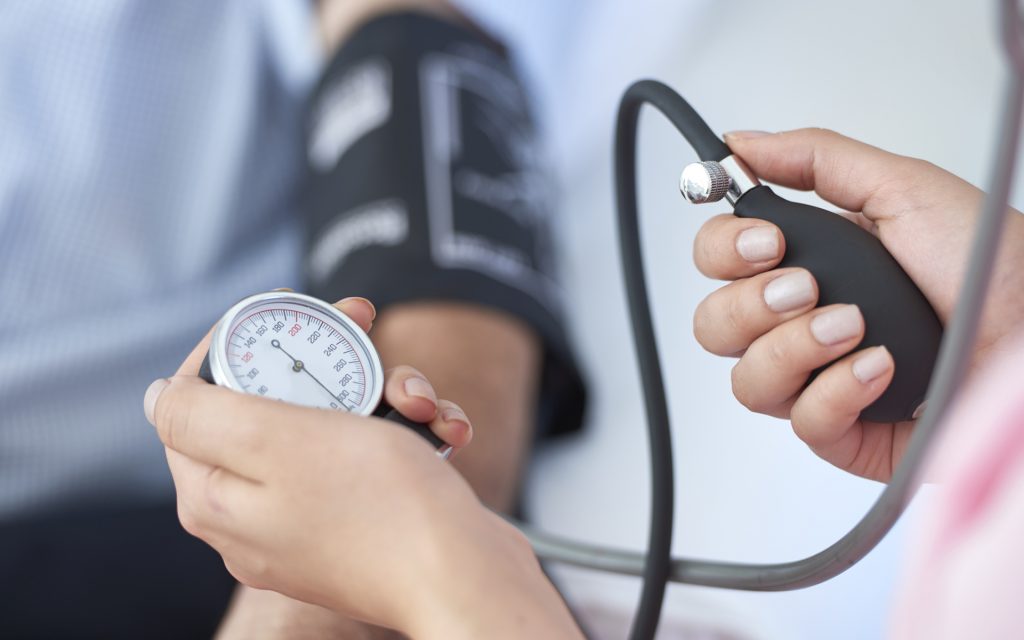 One of the major features of THC is that it simultaneously activates the CB1 and CB2 cannabinoid receptors. Activating both receptors induces a cardiovascular stress response that can elevate cardiac oxygen consumption while reducing blood flow in coronary arteries. While reports of adverse events are relatively rare, patients who are taking blood pressure medication should be aware that cannabis may compound effects.

Drugs That Increase Risk of Bleeding 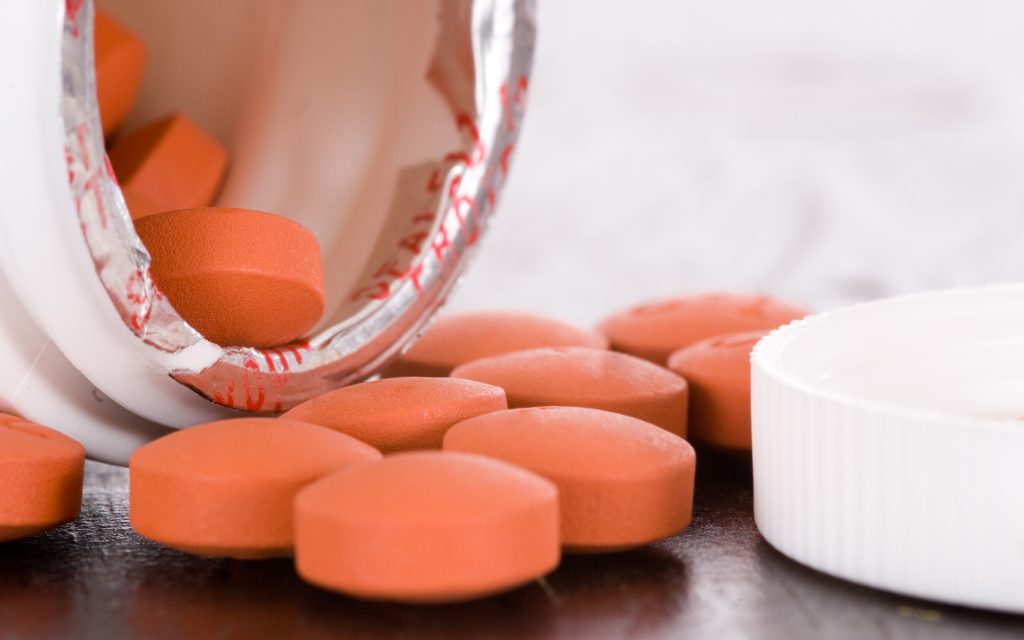 Both THC and CBD may increase the effect of drugs used for blood thinning (e.g. warfarin or heparin), or drugs known to carry their own risk of blood thinning (e.g. ibuprofen, naproxen, etc.). How? By possibly slowing down the metabolism of these drugs. To a lesser extent, THC may displace warfarin from protein binding sites. 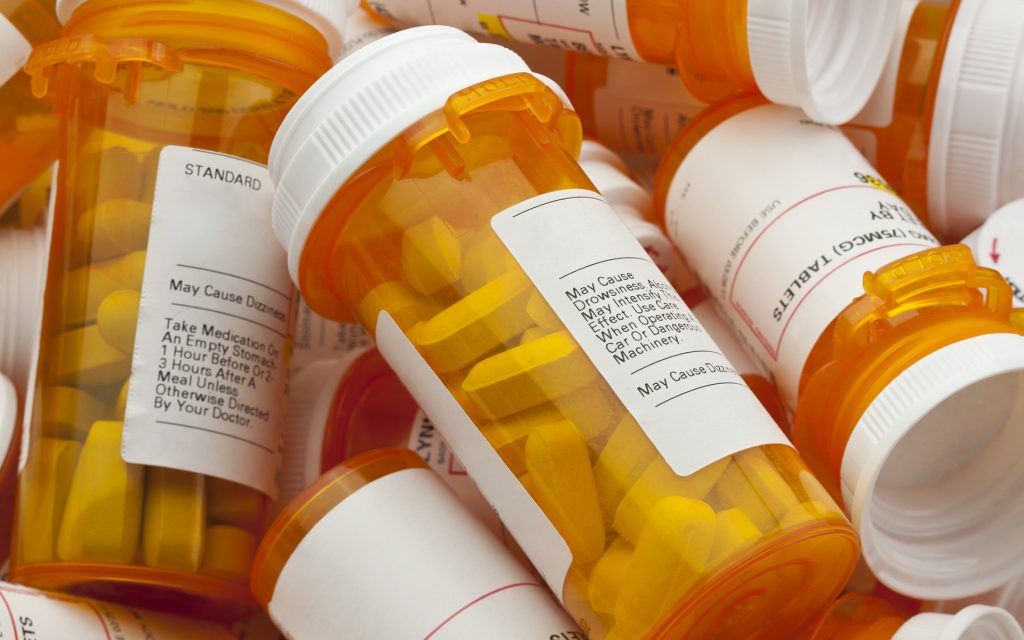 Most studies suggest there is a bidirectional modulatory relationship between the body’s natural opioid system and the body’s natural cannabinoid system (the endocannabinoid system). However, characterizing the specific mechanisms by which they interact proves challenging. Nonetheless, the pain-relieving properties of cannabis are well-established. And, many medical professionals have come forward to suggest cannabis (as an alternative pain medication) could play a role in stemming the overuse of prescription (and illicit) opioids.

There’s no question. From an abuse potential and toxicity perspective, cannabis as a substitute to narcotic pain medications would be a far better first-line drug for management of chronic pain.

However, what about as an adjunct to opioid therapy? How does cannabis measure up? Could cannabis reduce a patient’s reliance on opioids, or would combining the two elevate risk of concurrent dependency or abuse?

Examining the subjective effects of vaporized cannabis in conjunction with opioids, Dr. Donald Abrams, an oncologist from UC, San Francisco, and his team published a small study in 2011. They found no significant change in opioid blood level concentrations after exposure to cannabis. Moreover, patients reported a 27% decrease in pain following cannabis administration.

Abrams concluded that cannabis can, in fact, safely augment the pain-relieving effects of opioids. His team also found that combining opioids and cannabis may allow for treating patients with lower opioid doses while reducing risk of dependency and fewer side effects. Several other studies, which we’ll explore further in an upcoming series, support the findings from Abrams’ study. 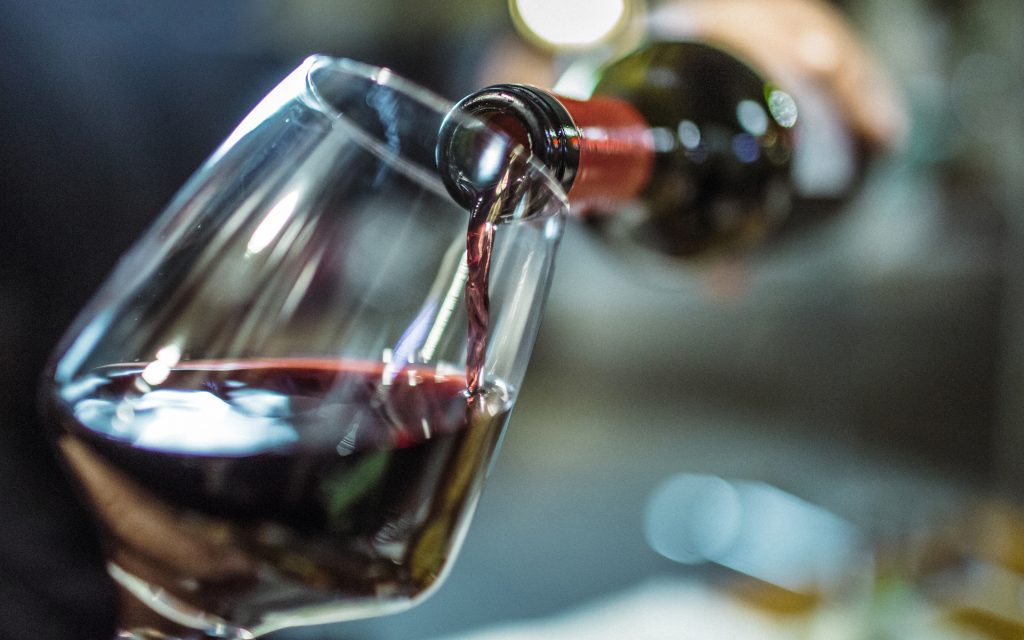 Mixing alcohol with virtually any drug is generally not a good idea. In fact, mixing it with some drugs (particularly opioids and central nervous system depressants like benzodiazepines, barbiturates, and sleep meds) can prove fatal. But, what about alcohol and cannabis? There’s no doubt: cannabis and alcohol is a popular combination. But what does the research say? Is mixing these two substances okay?

Overall, drawing a conclusion based on available research is subject to interpretation and personal biases. The same studies can be interpreted positively or negatively, depending on your perspective. On the one hand, studies have provided compelling evidence that alcohol increases blood THC levels (although no evidence suggests the converse–that THC increases blood alcohol levels). On the other hand, some research suggests people consume less alcohol when they use cannabis.

These two findings aren’t mutually exclusive. In fact, they make sense. If THC reacts to alcohol by potentiating the desired effects on mood, then one would need less alcohol.

After digging back to 1985, I did find one study published by the National Institute on Drug Abuse (NIDA), Alcohol and Marijuana: Concordance of Use by Men and Women, that examined consumption pattern differences in three different environments (only alcohol is available, only cannabis is available, both are available).

Here’s what they found:

Basically, when people have access to both substances, their consumption patterns change: they smoke a little bit more, but they drink a lot less! It was a small study, so we can’t necessarily generalize the findings; however, they do seem consistent with most people’s experiences.

That being said, one still needs to be cautious. For one, alcohol and cannabis together pose even greater dangers driving than when using either one independently. Second, if someone has had too much to drink–to the point they need to vomit to expel the toxins–know that cannabis inhibits nausea and vomiting. By preventing yourself from vomiting, you’re putting yourself at greater risk of suffering from alcohol toxicity. 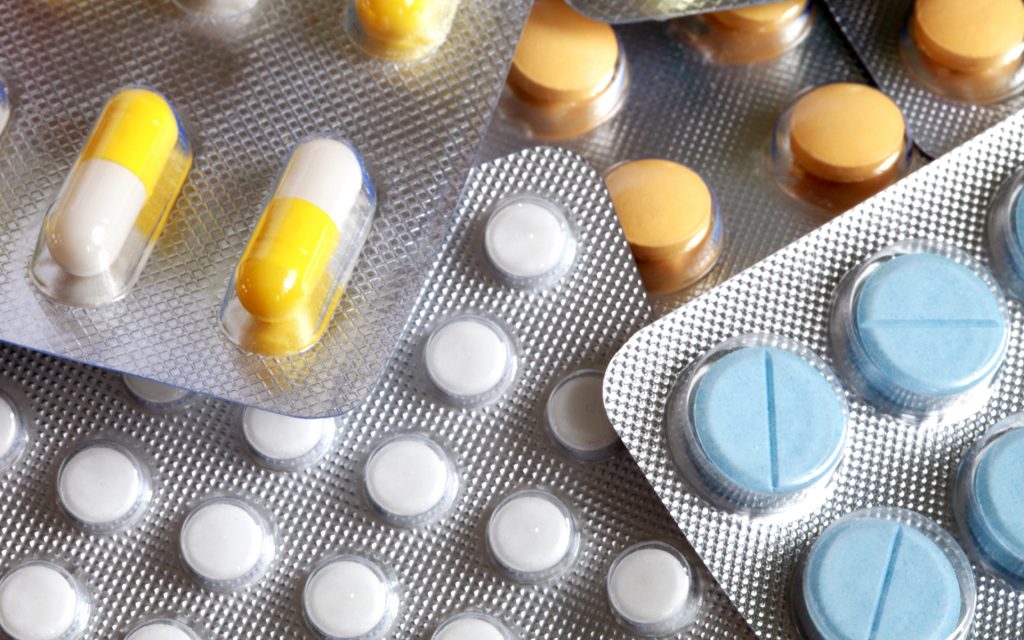 Many sedatives–such as alcohol, benzodiazepines (Ativan, Valium, etc.), some antidepressants, barbiturates such as phenobarbital, and narcotics such as codeine–influence GABA neurotransmitters in the central nervous system, producing a calming effect. Likewise, cannabinoids like CBD and THC as well as terpenes like myrcene and linalool, can produce sedative effects. (Although, each of these compounds produce effects differently, and sometimes paradoxically. For example, higher doses of THC can actually be stimulating and increase anxiety, while CBD can be both calming or wake-inducing.)

When combined with sedatives, cannabis produces an additive effect. Cannabis doesn’t seem to elevate blood levels or potentiate the sedative actions of other sedatives (as would be the case if it were synergistic effect). Therefore, while it’s not as risky as mixing alcohol with sedatives (which can prove deadly), the combination is still risky. Users should exercise extreme caution, or better yet, avoid the combination altogether. 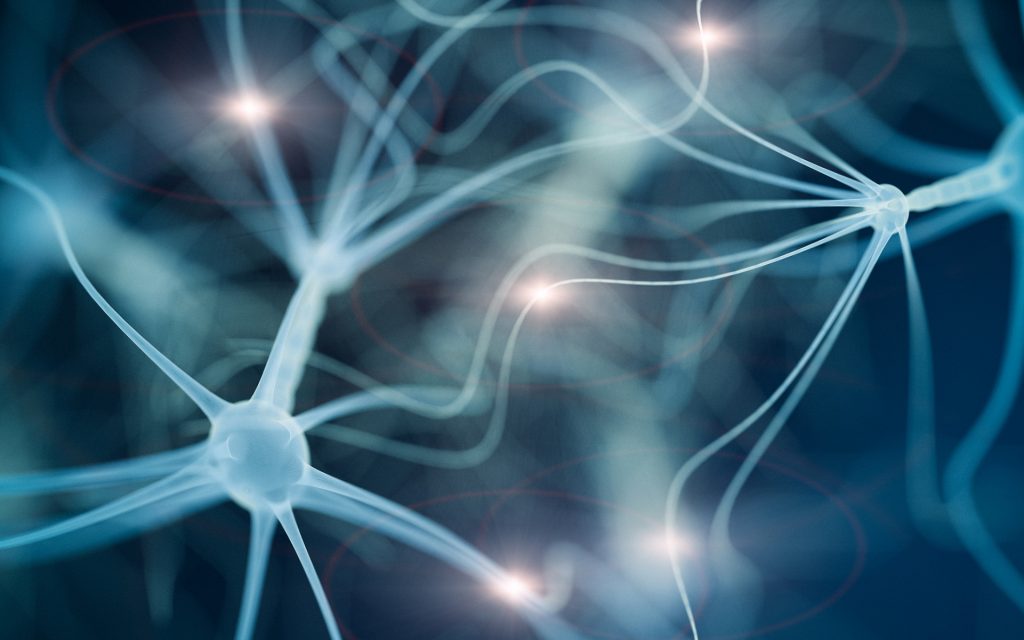 Cytochrome P450 isn’t a drug. It’s a class of essential enzymes known to play a significant role in drug interactions–not just with cannabis, but many drugs. Although evidence suggests CBD is largely safe, well-tolerated, and non-addictive (even anti-addictive), in some patients it can interact synergistically (beneficially or adversely) with other medications. How so?

Most notably, the interplay between CBD and cytochrome P450 seems be most prominent when it comes to epilepsy and anti-seizure medications. One small study published in 2015 found that CBD elevated blood concentrations of clobazam (an anticonvulsant) in children while elevating norclobazam (an active metabolite of clobazam).

The good news is the remedy seems fairly straightforward: reduce the dose of clobazam, which reduces side effects. Moreover, the study found that all but four of the subjects (out of 13) had a 50%+ reduction in seizures. The researchers concluded CBD (in combination with clobazam) is a “safe and effective treatment of refractory epilepsy.”

There are a few other potential interactions that we’ll go into more depth in an upcoming series. But in short, CBD inhibits breakdown of warfarin (a blood thinner), thereby increasing its duration of action and effect. Patients taking CBD-rich products should pay close attention to changes in blood levels and adjust dosage accordingly as instructed by their doctor. Also, patients who are undergoing chemotherapy and taking CBD should be aware that the same dose of chemotherapy may produce higher blood concentrations.

For most patients, cannabis is relatively safe, well-tolerated, and carries fewer risks of adverse drug interactions than many other commonly prescribed drugs. Nonetheless, cannabis is not a single drug; it’s a complex plant comprised of numerous compounds from cannabinoids to terpenes. Influenced by these cannabinoid and terpene profiles, potential interactions, both good and bad, can vary from strain to strain. Drawing broad conclusions on how this “pharmacological treasure chest” interacts with other drugs is inevitably imprecise.

Nonetheless, given its therapeutic versatility, one of the most compelling arguments for cannabis is that it can actually reduce the need to combine multiple medications that have a high risk potential of producing adverse interactions. Dr. Donald Abrams, chief of hematology-oncology at San Francisco General Hospital and a professor of clinical medicine at the University of California, San Francisco, echoes this important but often overlooked point: “Why would I write six different prescriptions, all of which may interact with each other, when I could just recommend one medicine?”